This may come as a surprise to you but a big problem with negotiating is emotions! Emotions are one of the main things that derail communication. Once people get upset at one another, logical thinking gets tossed aside. Think about it, I’m sure you can remember a time when you had a minor disagreement with a loved one that escalated… then all of a sudden you’re arguing about the position of the salt and pepper shaker.

Chris Voss suggests an approach to negotiating. Instead of denying or ignoring emotions, good negotiators identify and influence them. They are able to precisely label emotions, those of others, and especially their own. And once they label the emotions they talk about them without getting wound up. For them, emotion is a tool.

Emotions aren’t the obstacles, they are the means.

A big thing I took out of this chapter was being emotionally intelligent, which I have heard from a few other authors as well. (Darren Hardy)

Talk less and listen more. You can almost learn everything you need – and a lot more than other people want you to know – simply by watching and listening, keep your eyes peeled and your ears open, and your mouth shut.

Labeling is a way of validating someone’s emotions by acknowledging it. Give someone’s emotions a name and you show you identify with how the person feels. Think of labeling as a shortcut to intimacy, a time-saving emotional hack.

Labeling is a simple, versatile skill that lets you reinforce a good aspect of the negotiation, or diffuse a bad one. But it has very specific rules about form and delivery.

For most people, labeling is awkward because they believe their counterpart is going to notice and call them out… let me tell you a secret: people never notice.

Once you have spotted an emotion you want to highlight it, the next step is to label it out loud. Labels can be phrased as statements or questions. But no matter how they end, labels almost always begin with roughly the same words.

The best part of using “It seems like…” and not “I’m hearing that…” is that it encourages the other party to respond with a longer answer than just yes or no.

The last rule of labeling is silence. Once you’ve thrown out a label be quiet and listen. Most of us have a tendency of expanding on what we said, to finish “It seems like you like the way that shirt looks” with a specific question like “where did you get it?” But a label’s power is that it invites the other person to reveal themselves. 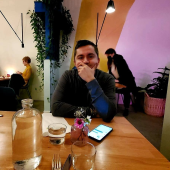